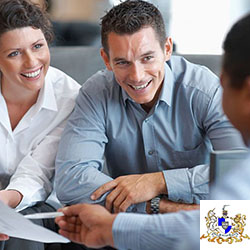 Following on from the House of Lords Select Committee on Science and Technology ruling in November 2000 where the findings and the report identified the need for public protection by regulating practitioners; Andrew Haigh founded the International Regulator of Coaching and Mentoring CIC (IRCM).

.
This authority gives the IRCM the mandated authority to carry out activities for the benefit of coaching and mentoring consumers (buyers, end-users, clients, customers, students, and members).  In its responsibilities, the IRCM is required to submit a publicly available report to the Regulator of Community Interest Companies through the Registrar of Companies) each year demonstrating what has been done to support the consumers of the coaching and mentoring industry.

To achieve its mandated authority, the IRCM encourages all genuine coaches, mentors, and coaching/mentoring organisations (Professional Bodies, Formal Education Bodies, Commercial Training Organisations, Support Groups, and Commercial Organisations) to Register or gain Accreditation and participate in the discussions and decisions about the future of the coaching and mentoring industry.

.
Consumers benefit from the IRCM’s remit through the single unified Directory.  This Directory lists every genuine Coach, Mentor, Education/Training Organisation, Professional Body, and other organisation/group working within the coaching and mentoring industry; and identifies which individual/organisation agrees to abide by the industry recognised Codes of Conduct (Standards, Ethics, Core Competencies) and recognises the coaching and mentoring Ombudsman Service:

Currently, all information provided by and correspondence with the IRCM is in English.